Let’s back up 11 weeks and 2 days. That was the last time I ran. I went to marathon practice even though my foot was in serious pain and my shin hurt with every step. My marathon was in view, I was supposed to have one more long run and then it was taper time. I had been dreaming about running the Mohawk Hudson Marathon since I signed up in March.

When I got to practice, I told my coach what was wrong. He was a little worried but told me to take it easy and just do a base run, no speed work. I started to run and was in pain but that was the problem, after 5-10 minutes the pain went away or I just went numb to it. I ran with the group that was doing a base run. The group kept telling me to slow down but I don’t know how to do that well. Internally I was pretty upset. I didn’t want to admit that something was seriously wrong with my foot and my shin.

That was the last day I ran. I took Thursday off and worried. I took Friday off and worried. I couldn’t take it anymore Friday night, I knew I needed to reach out to my orthopedic surgeon. Mark and I were at a restaurant, Alto Cinco, waiting to be seated. I finally texted my doctor and he texted me right back that he needed to look at my foot and leg. We told the waitress we would be back later. We headed to his house. My doctor is a huge part of the triathlon community and is a seriously amazing doctor. He pressed on my shin and I almost punched him it hurt so bad. He pressed on my foot and it didn’t hurt as bad, but it still hurt. He told me I needed to cool it from running until I had x-rays. He scheduled me for an appointment Monday to get my x-rays. The story is history from there. X-rays didn’t show a fracture so I had to have a bone scan that showed stress fractures on my shin and he told me my foot pain was due to the fracture on my shin, a stress reaction.

I was supposed to take 8 weeks off. My triathlon coach gave me 11 weeks and 2 days just to be extra cautious. I rode my bike the morning of my first run back and then planned to get my easy 30-35 minute run done in the afternoon. I decided to do the run inside on the treadmill. It was such a funny feeling, I was excited, nervous, scared, almost like I had a race to complete! I jumped on the treadmill and started my run. I kept the speed on the treadmill around a 6.0 to begin with and gradually went up. I tried not get cocky and tried to take it slow. I was pretty successful! Nothing hurt. I kept waiting for something to but nothing… just an easy, pain free run. To be honest, I wasn’t even that exhausted. All the swimming, biking, and lifting I have been doing really kept my fitness level at a high level. Coach’s plan for me is to just do easy runs and that we will bring speed into the mix in the spring. He told me to remember that moment because I am going to come back stronger than ever before come race season. 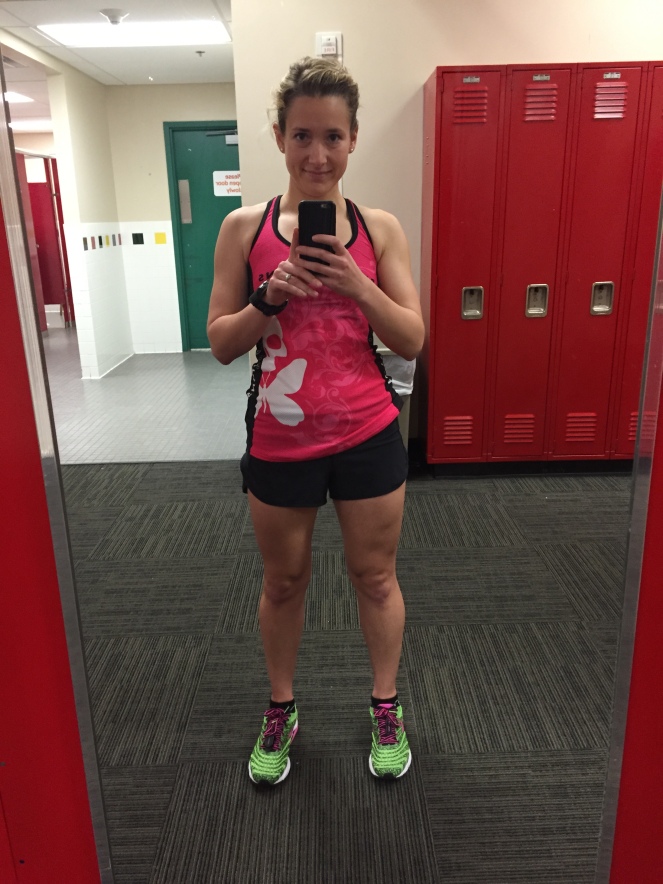 I am excited to take things SLOW and to listen to my coach and my body.